We had an amazing trip to Novhorod-Siversky. Here is what Anastasia, the local coordinator, wrote to us after we left:

Hey, guys! I wanted to tell you about what happened “behind the scenes” while you were here.

My boss at the hospital (Anastasia is a surgeon there), is a strong atheist. When he heard that you all traveled here to do concerts for the youth, he said, “Wow – your friends are amazing.” It doesn’t make any sense to him that friendship can be so strong and sacrificial.

The security guard who locked the doors for us after one of the youth groups was so shocked that we left everything clean, cleaned up their equipment, and didn’t steal or break anything, that he told the guard at the next shift, saying that he’d never seen anything like it.

The pastor of the local church never hugs anyone, especially girls. I was amazed at how strong and naturally he hugged David, Alex, and even Sophia and Oksana while you were leaving.

Grandma (the pastor’s mother-in-law, who is well over 80) and the pastor were literally glowing when you came over for dinner on Friday. It’s been a long time since grandma was that happy. She has been weak for the past few weeks, but she was running around and even dancing like a little girl.

My landlord said that the girls that stayed with me were great. They didn’t make any messes, didn’t invite boys over, didn’t burn the place down… Haha!

Two of the girls at youth group are just on fire with the idea of continuing youth group with me. What’s even better is the pastor is trusting me to lead it! He is even letting us play games before worship and the Word! He will even be there to support us!

Here are some pictures from the different outreaches we did: 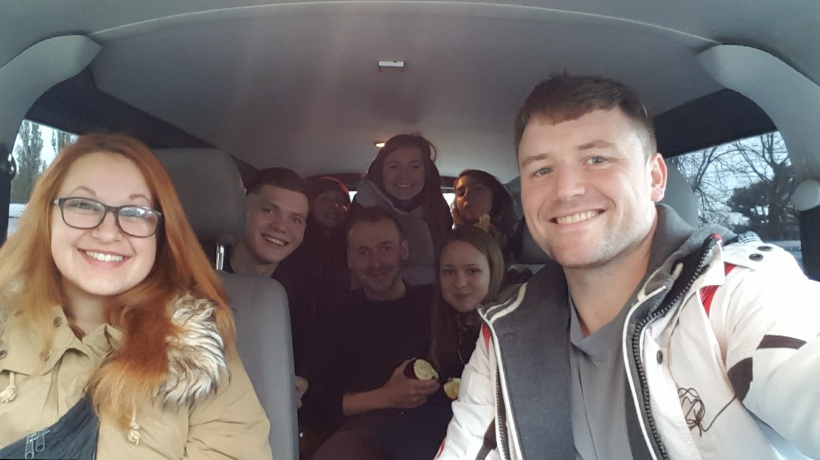 Road trip! After taking the train from Lviv to Kyiv, we drove from there in the Kyiv church’s van to Novhorod-Siversky. 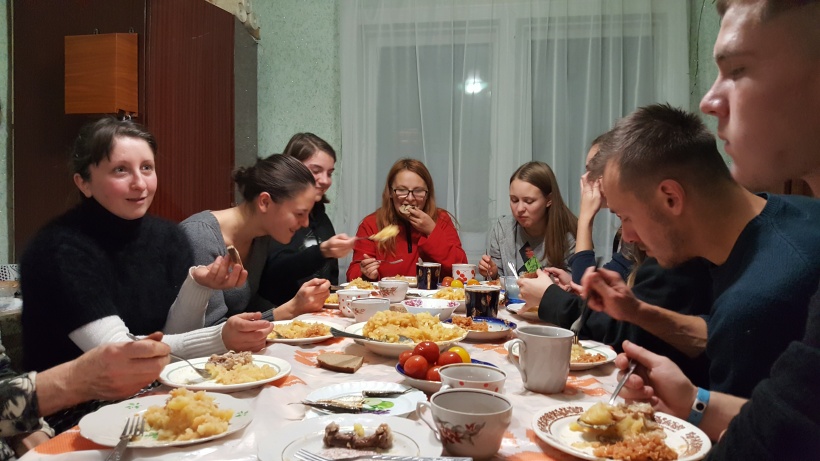 We ate dinner together at the church once we got there with a couple of women from the church. 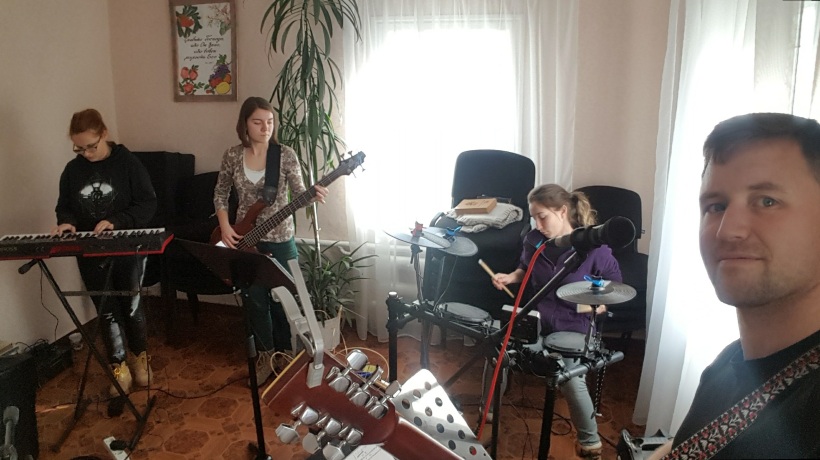 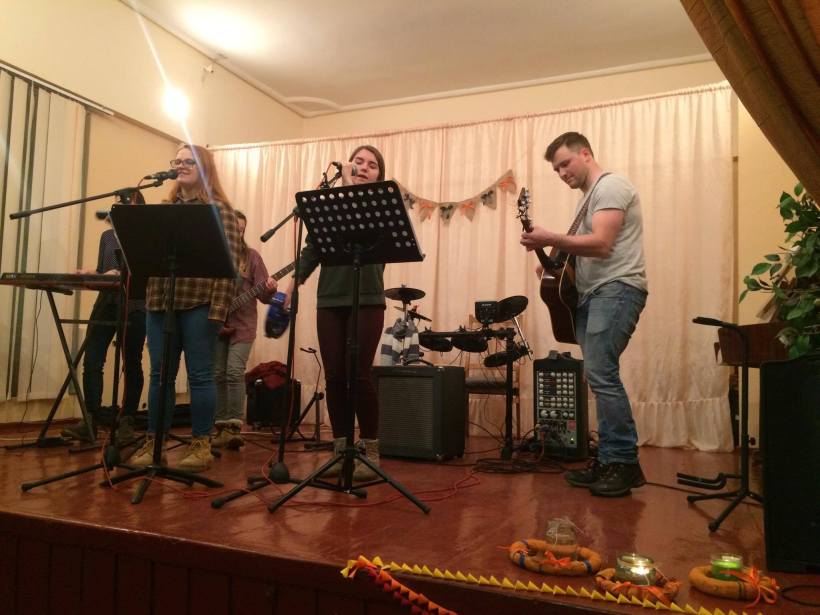 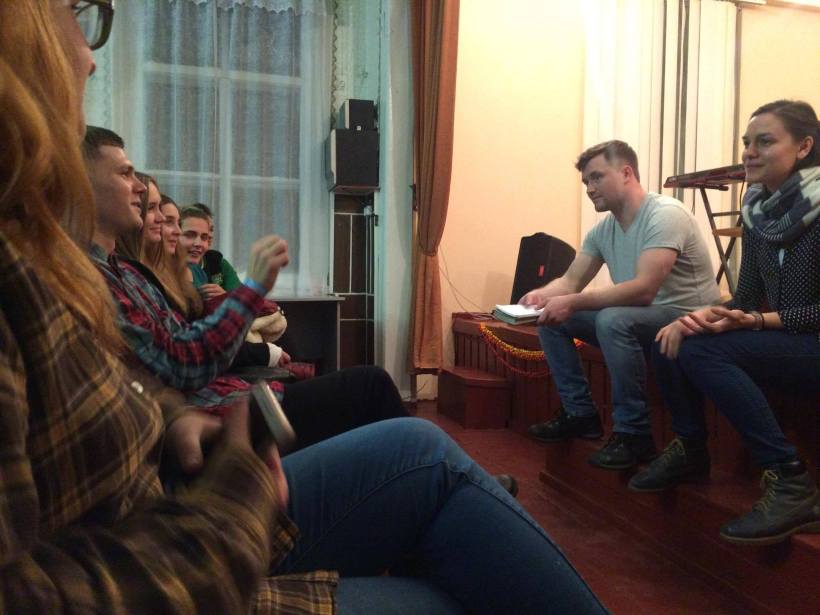 I (David) got to preach at the concert with Anastasia translating. 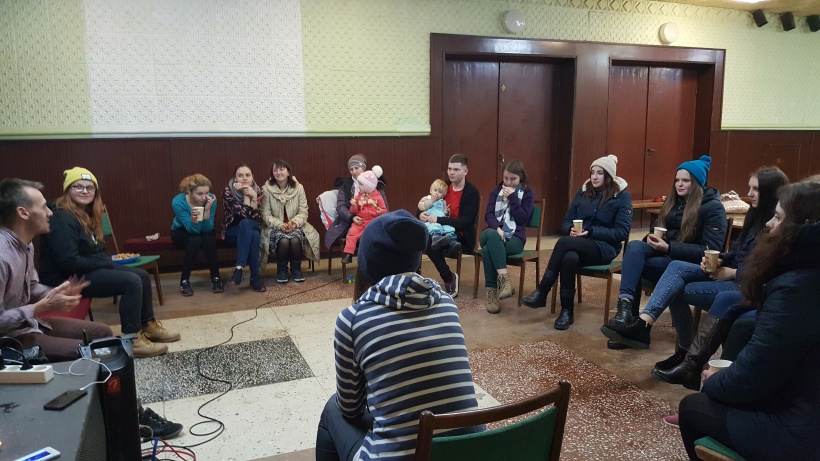 Youth group on Wednesday with Volodia (on the far left) teaching. 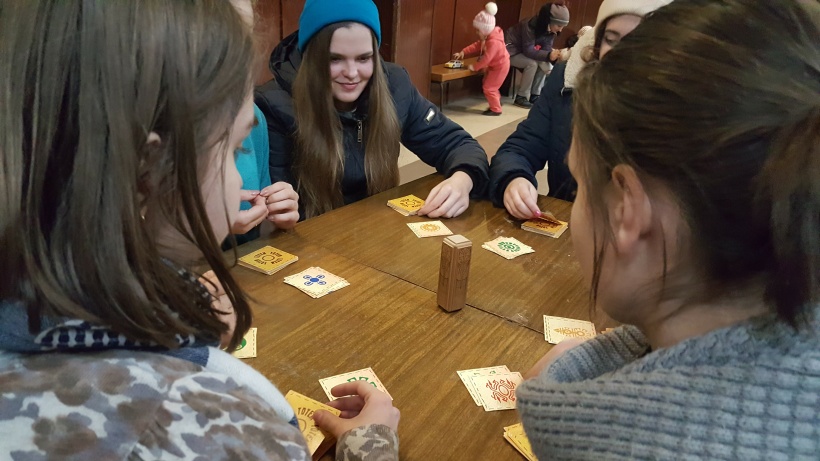 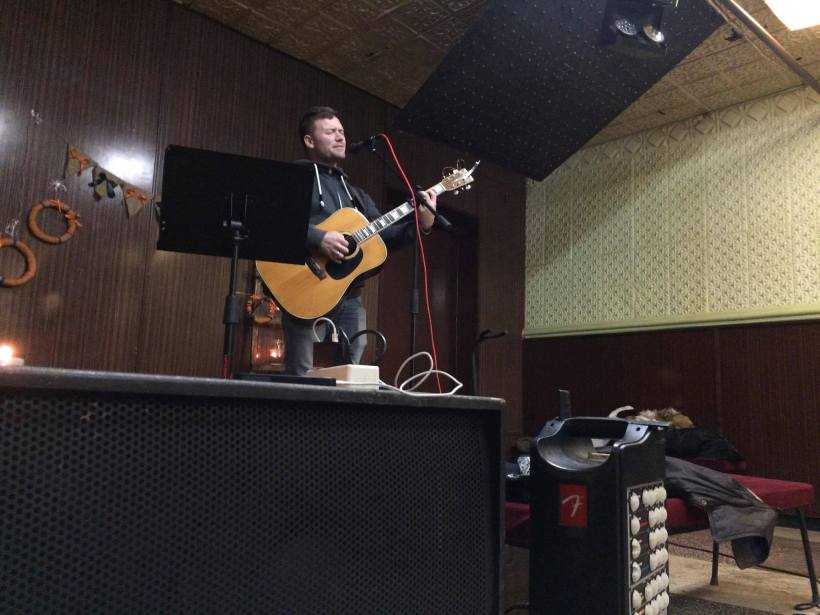 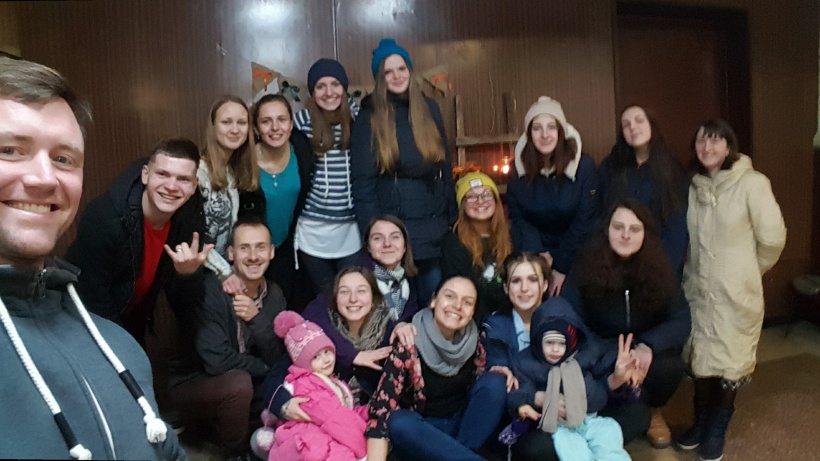 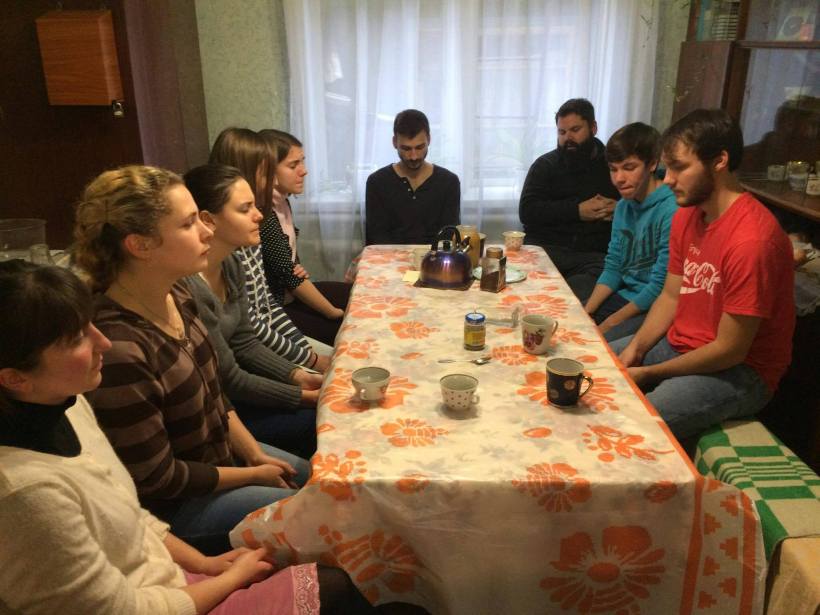 Praying at another youth group on Thursday afternoon. Concert #2 on Thursday evening. That was the most fun! 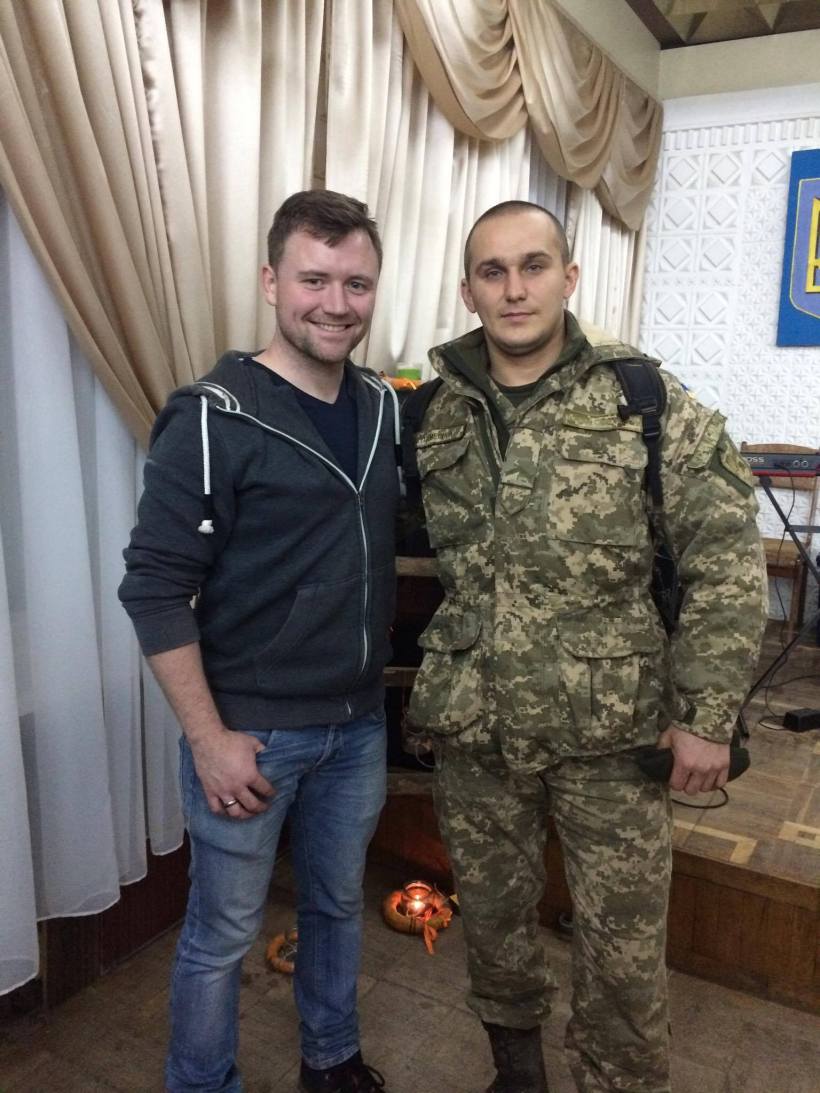 I played a song specifically for the soldiers in the east right now, and I was shocked that one actually came to the concert. He thanked me for the song, and I thanked him for his service. 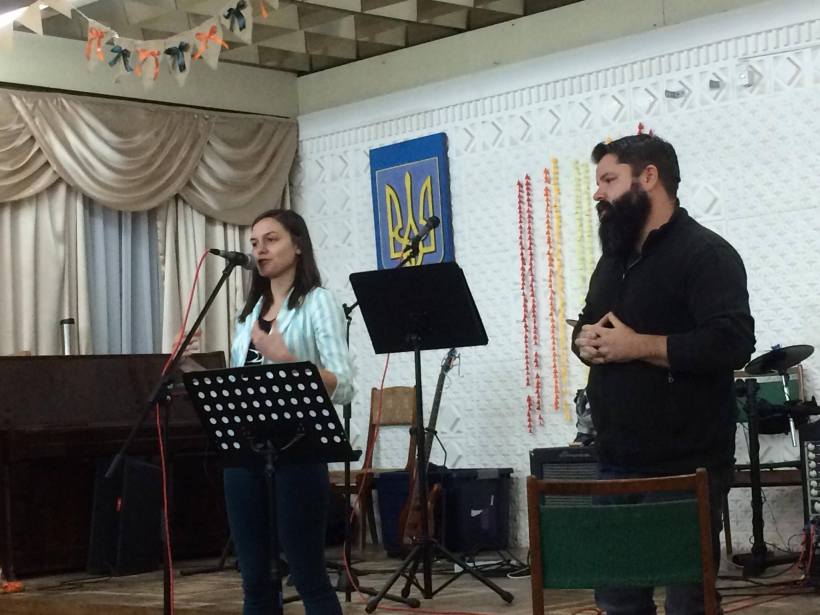 My friend, Conor, an American missionary that pastors a church in Chernihiv, preached the Gospel on Thursday at the concert. 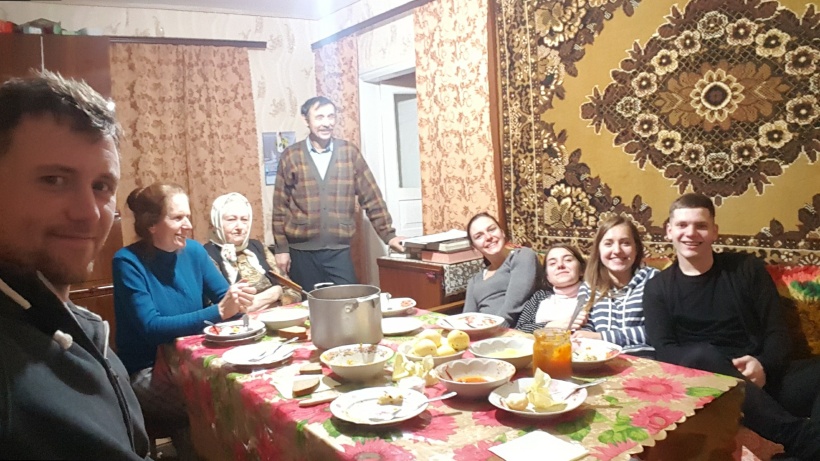 Having dinner with the pastor and his family. 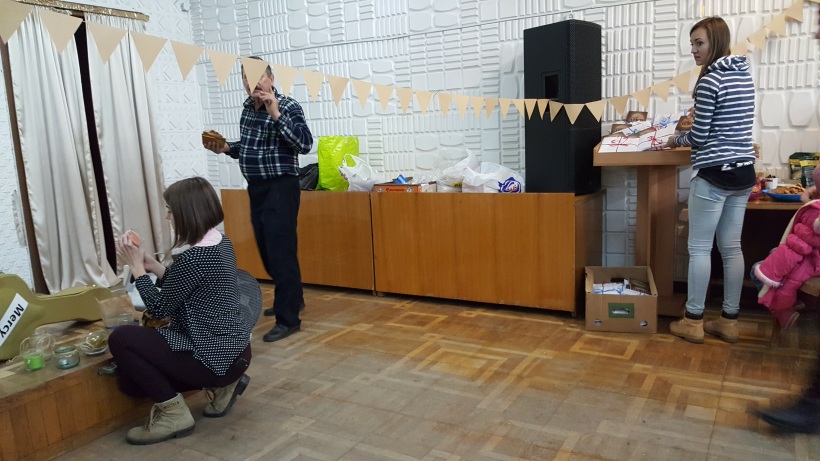 The man that has his face covered was the security guard from the hall where we had the concert the previous day. He told us that he was amazed that we left the place clean, didn’t steal anything, and even cleaned up the cables that someone had left before us. 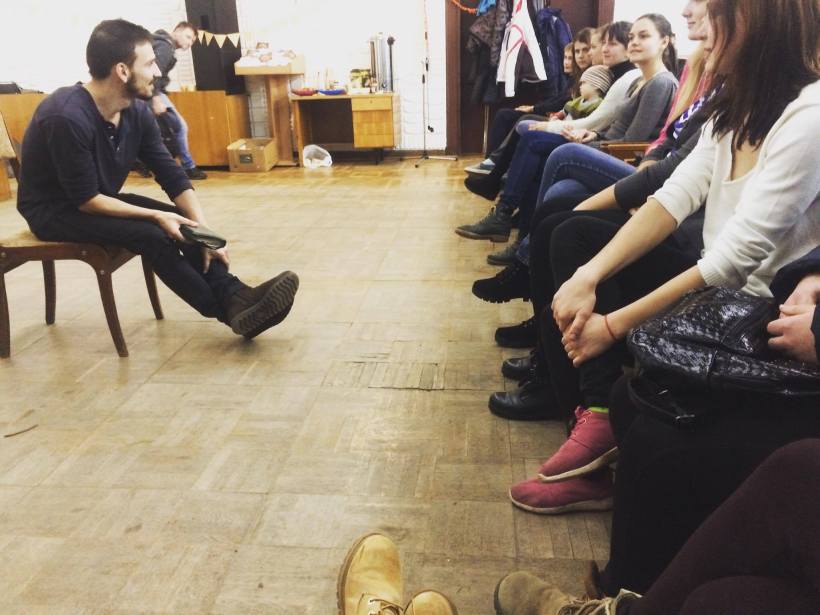 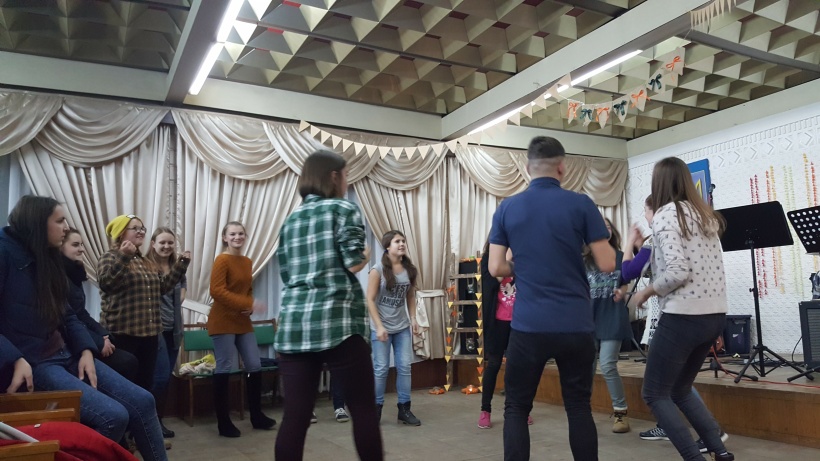 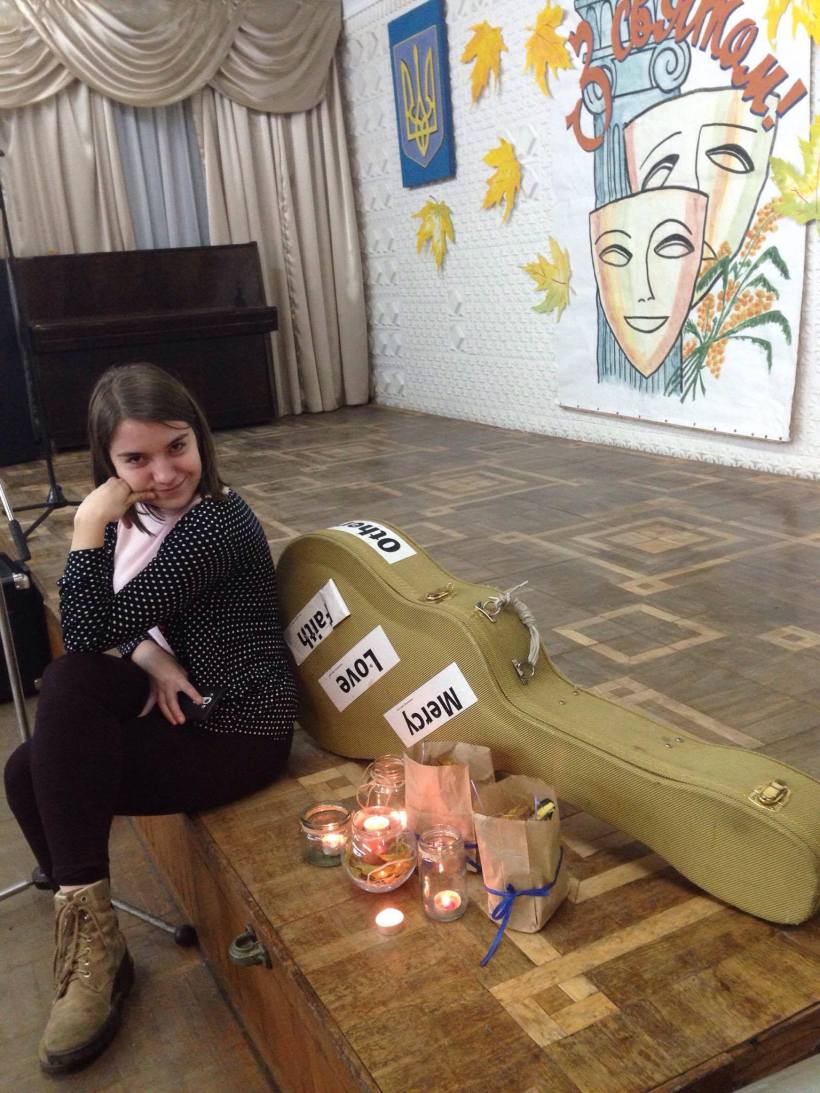 A funny picture of Sophia, the drummer / singer from our band. Sophia – you know I had to put this one in there! 😀 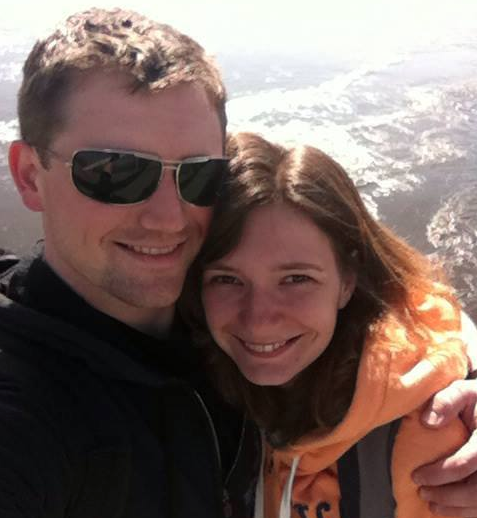